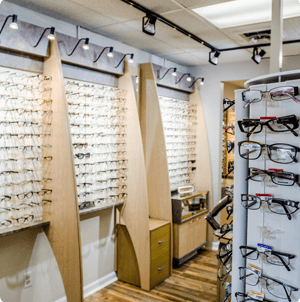 A condition in which the visual images come into a focus in front of the retina of the eye resulting in poor distance vision.

A condition in which the visual images come into focus behind the retina of the eye and vision is better for distance than for near objects.

A condition, generally in those over 40, causing diminished power of focusing on near objects and small print, arising from a loss of elasticity of the lens in the eye.

A condition caused by an irregularly shaped cornea. It can cause distorted vision but is easily correctable with glasses, contact lenses or refractive surgery.

A condition generally in small children known as lazy eye. If not diagnosed and treated early, it could become permanent.

A disease in which the optic nerve becomes damaged resulting in a diminished field of vision.

A condition generally affecting the elderly, when the normally clear lens in the eye becomes cloudy and vision becomes impaired. Can only be corrected with surgery.

A disease that affects the macula, the part of the eye responsible for central vision.

A condition caused by diabetes, which can lead to retinal degradation.